“Promotion of European values and tolerance on the Balkan” – 2003 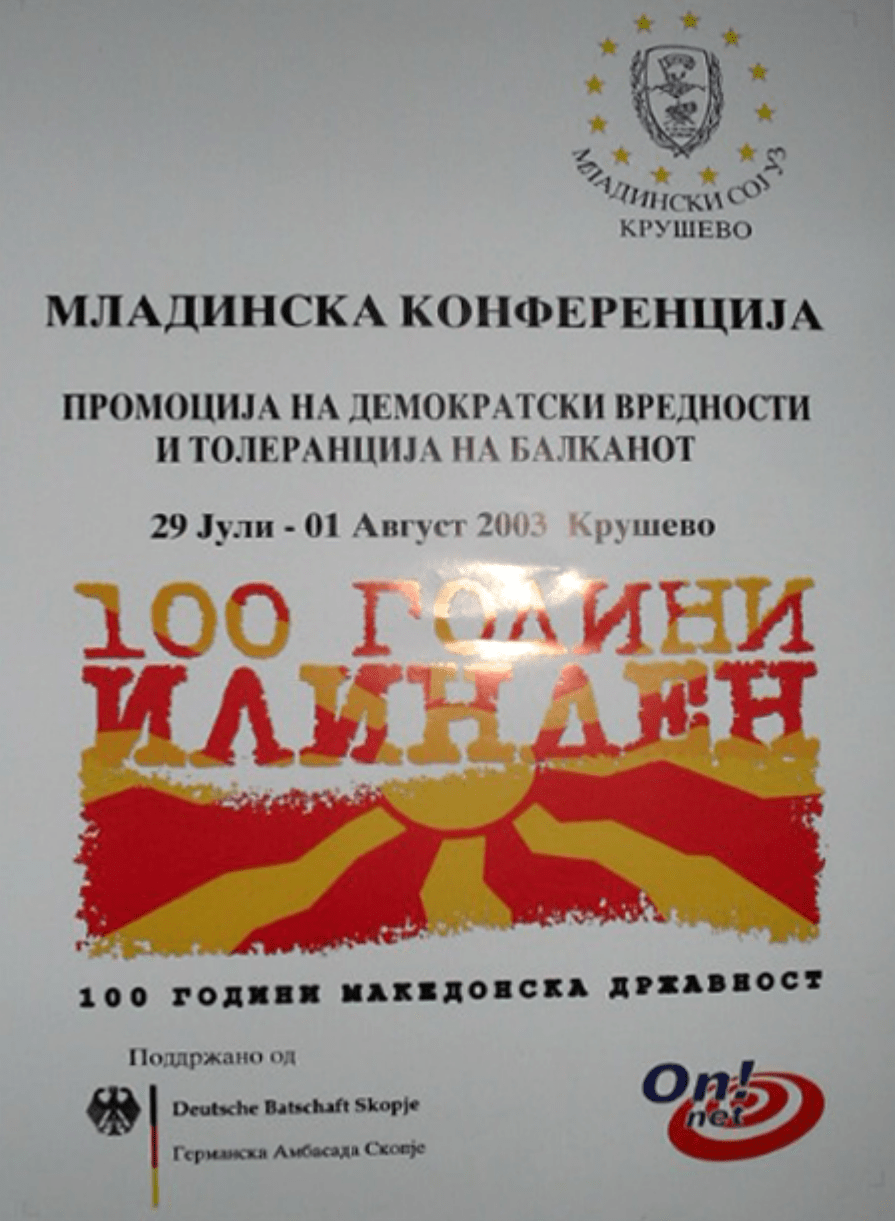 “We do not want to talk about tolerance, because we are tolerant! We do not want to talk about coexistence and mutual living, because we respect each other! We do not want to talk about unsolved disagreements and conflicts, but for stable and lasting peace! We do not want to talk about despair, but for development and progress and for decent life!” said young people, participants of the 1st. International Youth Conference “Promotion of European values and tolerance on the Balkan” held in Krusevo, Republic of Macedonia, from 29th July to 2nd of August 2003. The conference was part of the national celebration for 100 Ilinden rebellion and it took place in the Museum of the National Liberation War. 120 young people from 15 countries participated on the 4 days conference. The program was composed from 5 plenary session whereby 7 speakers had introductory speeches. During the working sessions within the conference, young participants talked about European values; Balkan countries after the Thessaloniki summit; Regional cooperation on the Balkan and Euro integration and about the needed reforms in the countries from West Balkan for faster Euro-integration. The program of the 1st International Youth Conference you can download from the following link.

The conference resulted with youth declaration for the European future. For presentation of the declaration was organized celebration event where relevant decision makers and relevant stakeholders took place. The declaration you can download from the following link.