“European values for the future of South-eastern European countries” – 2015 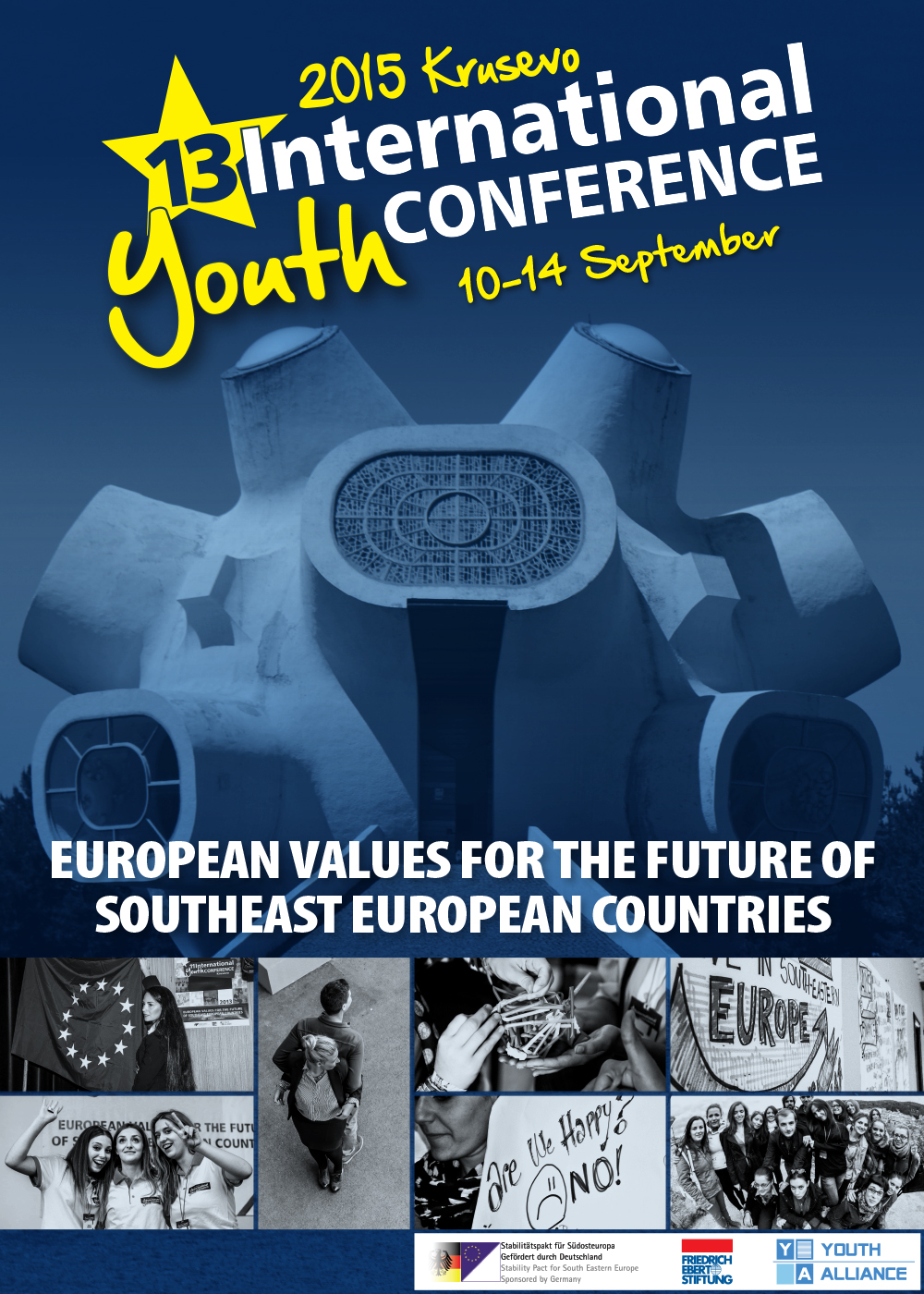 The main aim of the 13th edition of the International Youth Conference “European values for the future of SEE countries” is the support of the energetic and committed young leaders to work every day for a better future of Southeast Europe, as well as young people who put aside their differences to find common ground in order to move this region step by step towards Europe. From 11th till 15th of September, 2014, 58 active young leaders from 16 countries of the South-eastern Europe (Macedonia, as the host country, Albania, Bosnia and Herzegovina, Bulgaria, Croatia, Greece, Kosovo, Monte Negro, Italy, Romania, Serbia, Slovenia and Turkey, as well as guests from youth organizations partners from Germany, France and Poland, in the role of mentors from EU) gathered in Krusevo to achieve this aim. The key topics encompassed with the 13th edition of the conference are: European Social Model in the 21st Century; Using or abusing the EU funds?; A crisis within the crisis: Migration as a European rights issue; Immigration issues in Europe; How universities can play a role in youth entrepreneurship?; Creativity as a key for dream employability; Lost in Democratic Transition - Political Challenges and Perspectives for Young People in South East Europe; Is the radical ideologies a democracy threat?; Who build the reality – we or the media?; Challenges or new beginnings?. Detailed conference program you can find on the following link.

99% of the young people who were participants on the conference evaluated the event with high rates and as a successful event. 885 of them answered that they were inspired to found initiative for promotion of the European values in their society. 68% of the participants were motivated to be involved in some of the initiative for EU integration of the region. 89% of the participants gained new skills and knowledge that improved their work. Finally, 64% of the young people made valuable connections and networking on the conference. The overall achievements with the 13th edition of the conference you can find in the brochure.