“European values for the future of South-eastern European countries” – 2016 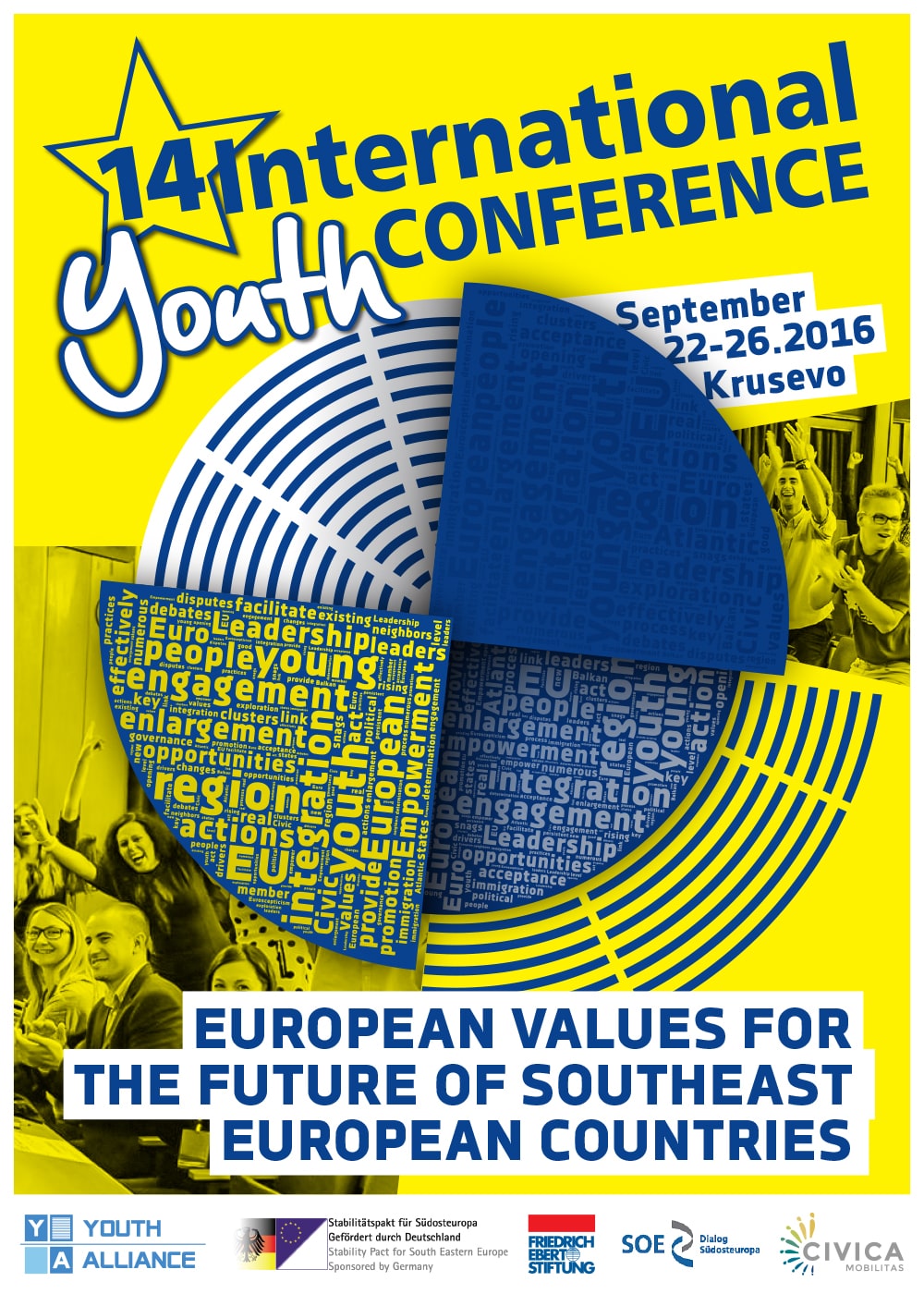 The 14th International Youth Conference “European Values for the Future of Southeastern European Countries” 2016 served as a forum for discussions and reflections of young leaders from SEE as one of the main creative and productive forces of the region, whose ideals and aspirations will underpin the development of a prosperous, democratic and stable region in the framework of the European Union. The conference was organized by Youth Alliance - Krusevo in partnership with Friedrich Ebert Foundation, Office Skopje, supported by Stability Pact for South Eastern Europe sponsored by Germany and Polish Embassy in Skopje. It was five days of intensive work that took place in Krusevo, Republic of Macedonia from 22th to 26th of September, 2016. The conference consisted of plenary sessions, panel discussions and interactive workshops which provided insights into the ideas, beliefs, preferences, attitudes, values and opinions of young people all over Southeast Europe. The conference was an ideal opportunity for networking and for discussions between different stakeholders. The preparation of the conference started with the preparatory meeting held in Belgrade 10 -12 June, 2016. Based on our work we have received 413 applications and 58 young leaders were invited to join as participants. The project was finalized with follow up meeting held in Sarajevo, 28-30 October 2016. Details about the conference program you can find at the conference program.

- “Changing how society is and acts and putting the moral and ethical values above all, then putting the legal below them, that’s how we can close the door that is now widely open for a corruption.”

- “Find the strangest alliances, in the places you couldn’t even imagine if you are ready to compromise over your principles.”[Text Wrapping Break]- “Just because you have an idea, doesn’t mean it is going to work – design, test, modify, iterate again and again, pivot when needed.”

The overall achievements with the 14th edition of the conference you can find in the brochure.